Apple Pie on the fire!

I have been wanting a pie iron for a while now. We found one at our local hardware store (they have everything at Henery Hardware). So I made some pie dough with gluten free flour and instead of lard I used a spectrum vegetable shortening. I also made an apple cinnamon filling. Then I just pressed the dough in the bottom of the cast iron pie form and then put some filling on. So it would not be too dry I added some rhubarb jam that I had made a few days before. I added about as much as I thought would fit in the pie form and then added the top. I pinched the dough together and put the top of the form on. Then I stuck in in the fire and checked on it every couple of minutes. I think it may have taken about 8 or 10 minutes in the coals and it was done. A perfect apple pie on the camp fire! 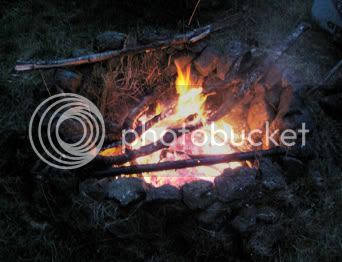 That isn't a racoon that is Binah! Looking at the pie iron hoping we will give her a bite of pie. 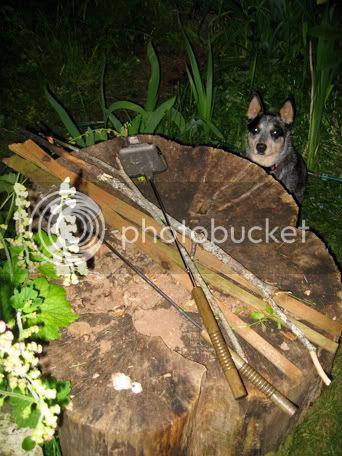 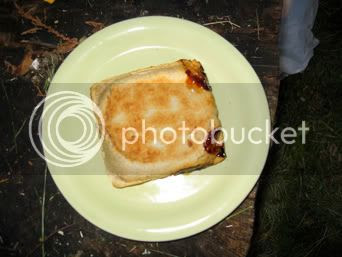 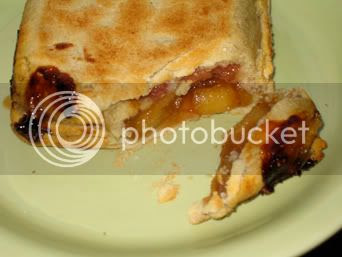 yummy! we use to have those too! did grilled cheese and then peanut butter, chocolate and banana between white bread for dessert :) ahh the good ole days :)

Yeah I was wishing I could use bread but I have to be gluten free! The dough worked well...but bread sure would have been easier. :)

That sounds SO delicious!