Well...not everything I cook turns out. Those of you who know me know that I was sort of a vegitarian for years. I never cooked meat and rarely ate it. So I have little experience cooking it. This pork roast is beautiful but the time or temperature in the "Gourmet" recipe was off. So the dang thing was not done and we were hungry! So I ended up slicing thick slices off and pan frying them like pork chops. They turned out pretty good that way.

I started out with tons of garlic 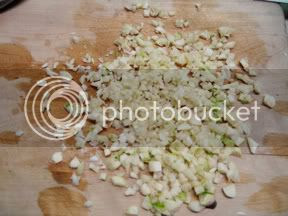 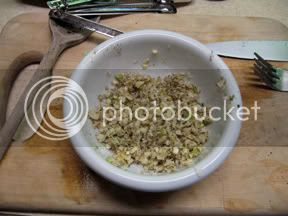 I pan fried the outside of the roast for a few minutes and then added it to the pot with all kinds of veggies including watermelon radish which are my current favorite. 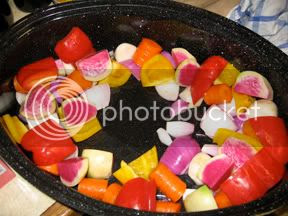 Oops almost forgot the shitake! These are locally grown right out on the Olympic Peninsula 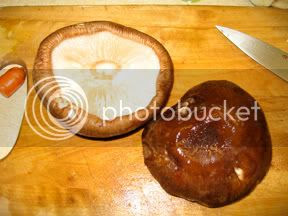 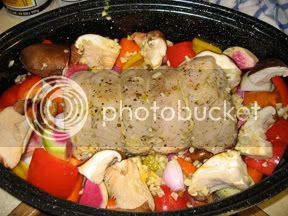 As a side I made a mexican skillet rice 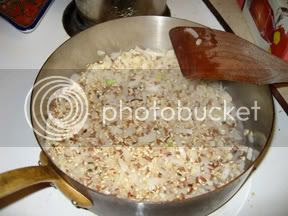 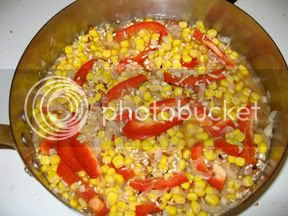 You ARE the Queen! This dish looks soooo good.
Have you ever tried Daikon radish?

Amy, thanks for your recent comment on my blog. So appreciated...I can't begin to tell you....
Denise

Oh yes! You can roast or saute daikon. I do it all the time. I add tons 'o garlic and some hot sauce. Marvelous....